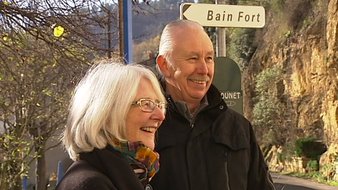 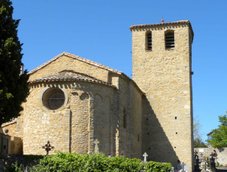 In the late 1990s, we visited for the first time Rennes le Chateau. Henry Lincoln's book "Holy Pattern" had awakened our interest.

It was also the start of a number of holidays in the nearby village - Rennes-les-Bains.

We are both retired and can spend our time on what interests us - and so do we.

We rent an apartment and rooms for use during the summer.

Instead, we use the time more on guidance, especially in the church at Rennes le Chateau. In 2013 we had about 400 people from around the world to the guided tour of the church.

The book "The Master of the House of Wisdom" was completed in May 2013 and the next one was published in 2016.

We also offer lectures on topics such as the church at Rennes le Chateau, connections to Freemasonry, sacred geometry and the countryside around Rennes les Bains.