Back to Lars Muhl 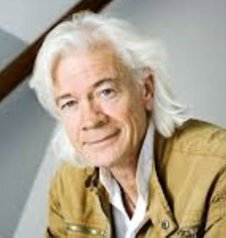 The O Manuscript, a real-life Gnostic thriller, has sold over 60,000 copies in Denmark, the equivalent of 3 million in the United States, since it was first published in 2000. Lars Muhl was for many years a successful pop star who studied the world’s religions and esoteric knowledge between gigs and recording sessions.

When a nervous-system illness sidelined him in the mid-1990s, he turned in desperation to a spiritual healer who was able to get him back on his feet after a single phone call. Intrigued by this mysterious man, Muhl traveled to southern France to become his apprentice. Together, Muhl and the healer, who is known in the book simply as “The Seer,” embark on an adventure that is part history lesson, part Jedi-style initiation.

“My work with The Seer began on Montségur, the holiest site of the Cathars, the medieval French religious sect that was persecuted by the Roman Catholic Church,” notes Muhl.” It was the middle of summer and the hike up the mountain is pretty strenuous. At the same time that The Seer was testing my physical endurance, he was breaking down my emotional resistance. He taught me how to let go of the burdens from my past.”

Towards the end of his apprenticeship, after years of searching for Montségur’s secret cave, Muhl finally stumbles upon it. Inside he finds himself in the presence of “O,” the Messenger of Light; the source of all things; the symbol of ecstatic union. O tells Muhl, “Everything mankind longs for is, and has always been, within his reach. If he would only acknowledge this there wouldn’t be anything else to look for. When this happens mankind will step out of his self-made prison and into reality.”

The O Manuscript is not another book about positive thinking. Throughout his initiation, Muhl was forced to confront his dark side, the shadows that kept him from true health and wellness. “This is my journey,” says Muhl. “Every word of it is true and really happened to me, but it is also meant to be a kind of allegory. The lessons I learned are universal.”

Praise for The O Manuscript:

“I recommend this amazing story to anyone seeking the path to enlightenment.” —Al Jardine, The Beach Boys

“Lars Muhl tells an extraordinary tale in an extraordinary way…It is a story that, for too long, has been cyring out to be told.” —Henry Lincoln, co-author of The Holy Blood and the Holy Grail

If you want to buy the book - go to Amazon